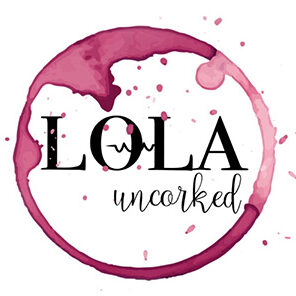 (Note: This blog was started last Friday but was having difficult time deciding which pics to edit and post so it’s a little late, but still cloudy! And Maine already happened – that blog next!  Enjoy!!)

So I just wanted to jump on here real quick to talk about my most recent trip to Cabo!  I figured why not today as I sit under these cloudy skies.

After a slight glitch in plans and three alarms not going off, missed flight, I made it to Cabo.  My travel partner was already there waiting for me since she was smart and went to bed early and made it to airport on time.

I don’t know.  I just love breaking night when traveling!  It’s like I am a kid on Christmas Eve.

Anyway, the benefit of missing the flight? They put me on a direct one rather than the original connecting flight.  Also, because it was delayed, they gave me free wine.  Who could ask for anything more?!?! Right.

The downside of missing original flight? I missed my shuttle to the hotel. When I arrived in Cabo, solo, at night with no shuttle I was a little nervous.  Luckily, they had a shared shuttle which I took for $17 without too many stops.

We stayed at the Riu Hotel Palace Cabo San Lucas www.riu.com. We began our booking through  www.travelzoo.com but our package ultimately was a deal on www.vacationexpress.com.   I have to say I was skeptical because we got such a great deal (I thought) and kept waiting for some hidden fees.  But it was kosher – we paid approximately $1000 per person for airfare, hotel (all inclusive) and transfers from and to the airport.

I chose the Riu because I’ve stayed in their hotel in Puerto Plata.  I have to say though that the Riu in Cabo was above and beyond my expectations.

The hotel houses over 600 rooms, spa, fitness center, Mexican, Japanese and Indian cuisine, incredible buffets, steakhouse and grill by the pool. Oh! and in case you’re wondering the hotel has seven bars.  Winning!!!

This hotel was huge and we spent a lot of time walking, like I literally lost 6 pounds even with all the drinking, eating and lazying around.

There were a few downsides to my trip:

The food was great, the daily buffets pretty expansive and generous.  Facilities were clean and our room was always serviced nice and early.  Nothing like coming back to your room for a midday siesta and having it still be in a shambles.  Eek!

watering hole Bar Kruda 101 where Miguel whipped up some delicious libations and then back at night to do a little partying.  Such a different feel from Cancun.  I loved it.  It just felt less hectic, but still lots of fun.

My favorite part of my visit were the landscapes.  Every morning I would head to pool early and just breathe in the beach with the mountains as a backdrop! Breathtaking!!

Overall, I would definitely recommend a visit to Cabo San Lucas and definitely check out the Riu Hotel Palace. It was definitely worth the trip and the second of my trips in my 50s!

Next stop ——————–> Maine! Road Trip with the girls for some lobster! Stay tuned.

Thanks for stopping by!